Tigray Did Not Embrace Muslim Refugees in the 7th Century, Ethiopian Orthodox Christians Did

On Friday, February 25, 2022, the Tigray People’s Liberation Front (TPLF) led government of Tigray misleadingly and without shame claimed that it was the owner of or provided exclusive credit to people of Tigray, Ethiopia’s rich traditions, civilizations and ancient history.

It deliberately attempted to mislead others saying that the Axumite Civilization centered at the present day Tigray embraced Christianity and accepted the Muslim Refugees of the 7th century Arabia.

But the fact is that the Tigrayan values at the time were founded on Ethiopian Orthodox Christian values which are broad and wide that its kingdom encompassed other ethnic groups as far as Yemen. Within its kingdom lived many ethnic groups including the Amhara, Eritreans and even Arabs. The dominant language at the time was Ge’ez not Tigrayan or Amharic. Hence, TPLF’s argument has no historical basis, it is distorted and it is very dangerous. It not only attempts to corrupt Ethiopia’s history but the history of Islam as well.

Even the Muslim refugees who arrived at the courts of King Najashi (Negash) in the 7th Century read a verse of the Holy Quran dedicated to St. Mary to King Najashi seeing it as a common foundation. And the King, who did not consider himself a Tigrayan but a Christian, shared this common foundation with the foreigners who sought his protection.

Similarly, Prophet Muhammed (PBUH) instructed his companions to go to a Christian King in Habesha (Abyssinia). Arab historical records do not mention Tigray or a Tigrayan King but a Christian King, Kings of Kings of Ethiopia, who was open-minded and just.

Unfortunately, the current Tigray leadership led by TPLF is far from being as open-minded as King Najashi in the 7th Century. In fact, it is highly ethnocentric and cannot even get along with its neighbors who share the same color and religion as the people of Tigray.

When ethnicity becomes leading agenda in politics, it is more prone to cause differences even within members of a similar faith. This is evident not just in Tigray but throughout Ethiopia.

Thanks to TPLF’s narrow-minded politics, people who once embraced others who are different from their own faith are now breaking allegiance even with their own brethren in faith.

The most interesting part here is that, for instance, the Muslim religious leader Sheikh Adem Abdulkadir from Tigray was the one, among others, who broke the news of separation from other Muslims in Ethiopia. This same Sheikh, interestingly, is also a member of the TPLF political party and ran for elections. Thus, it can be argued that a politician, a TPLF cadre, made the decision for Ethiopian Muslims and Tigrayan Muslims to part ways. 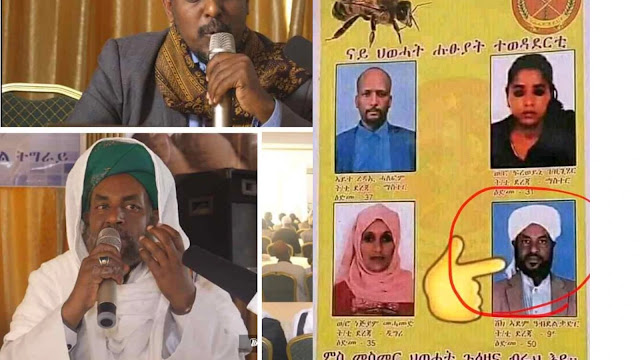 That said if Tigray was the once powerful civilization that embraced ideas even beyond its borders, why can’t it tolerate ideas that exist in its homeland? Why is it shrinking and breaking alliances instead of expanding? The answer is clear. As long as TPLF led Tigray holds dear to ethnic politics, abandons the true values of Ethiopian Orthodox Christianity that was just and fair even to outsiders, it will continue to see its neighbors and its brethren in faith as enemies.

Tigray may be a cradle of civilization, Tigray may house the ancient statues or it may even house the Al Nejashi Mosque, but as long as it is attached to the ethnic based politics perpetrated by the TPLF, it will remain deprived of those basic values that brought those ancient civilizations into existence in the first place.

Surely the Christians who allowed the construction of the first Al Najashi Mosque did not go into a killing frenzy into Afar. Instead they built for Muslims a place of worship. If the people today do not have these values of brotherhood or only share it within their own ethnic group, then wouldn’t the ancient statues and the Mosque in Tigray be similar to the pyramids in Egypt? Pile of rocks without owners? The stones are there but the people who built them are either gone or no longer hold dear the values of old.