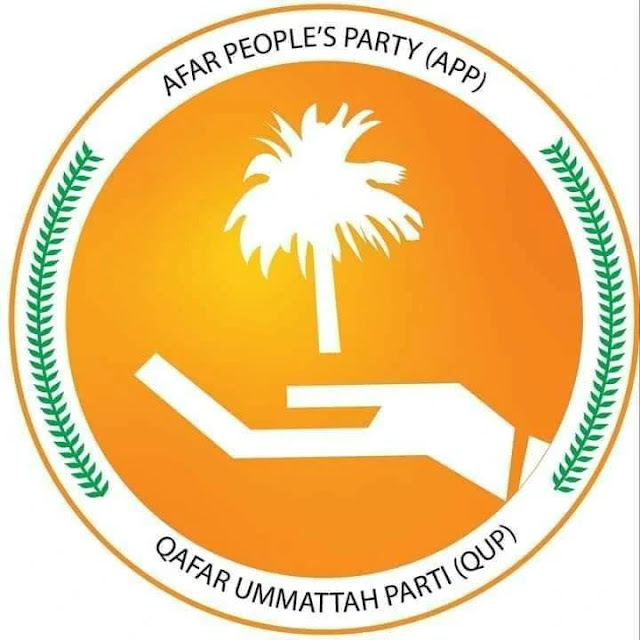 ADDIS ABABA, FEBRUARY 27, 2022 — Afar People's Party (APP) released a statement today calling on the international community and the federal government to break their silence and give due attention to the plights of Afar people suffering under the occupation of the Tigray People's Liberation Front (TPLF). It also decided not to participate in the upcoming national dialogue requesting the federal government to revisit the process which it said is as important as the outcome.

Urgent appeal to the International Community by Afar People’s Party

In Ethiopia, the Afar Regional State is neighboring to Amhara, Oromia, and Tigray regions, while internationally bordering to Djibouti and Eritrea. This geopolitically important region that predominantly inhabited by indigenous Afar pastoralist is now exposed to unimaginable scale of grievances and humanitarian calamities due to the invasion of Tigray People Liberation Front (TPLF) and its military forces.

The first unprovoked invasion of Afar region by TPLF began in mid-July 2021 occupying the central Afar zone (Zone 4) leaving hundreds of thousands displaced, infrastructures destroyed, domestic animals were raided and mass-killed by heavy artilleries, schools and health facilities are looted and burned down to the ground . Civilian causalities in this attack are much underreported given the majority of the victims are pastoralists without civil registration system.

However, the heinous bloodbath occurred on 5 August 2021 in Gaalikooma kebele of Gulina district in Zone 4, where more than 280 displaced families temporarily sheltered-in health and a school facilities bombarded by heavy artilleries of Tigary forces. The victims of this barbaric act were children, women and elderly IDPs. This act of terror was reported by the press statement of UNICEF.

In September 2021, the UN High Commissioner for Human Rights reported about the prevailing atmosphere of fear, and deterioration of living conditions and gross violations of human rights that resulted in the forced displacement and suffering of the civilian population.

The second aggression of TPLF on Afar started on 24 Jan 2022; one month just after the TPLF announced its troops withdrawal from both the Afar and Amhara regions. Since then residents of Aba'ala, Magale, Erebti, Barahle and Konnaba are enduring the harshest period. This second unprovoked and systematic offensive has created a wave of civilian displacement and a mass exodus of population exposing them to hunger and thirst in desert landscape.

Moreover, a systematic destruction of health facilities, looting and burning of food stores and warehouses for essential medicines, confiscations of domestic animals and plundering of small business has disrupted the livelihood of Afar people. Hence, the entire region is facing famine like situation. Similarly there is a growing challenge with regard to deteriorating health conditions of IDPs (Internally Displaced People) where essential medicines are inaccessible.

The magnitude of infrastructure destruction and human suffering as well as crime against humanity in Afar region is unfolding in daily bases. Afar people are now a nation going through a trauma, while both the Federal Government of Ethiopia and the International Community stays silent to what is happening.

It is important to recall that the Afar People’s Party (APP) has decided not to Participate in the process of National Dialogue and Reconciliation Commission; due to it's exclusiveness , lack of transparency and huge and direct influence and involvement of Federal Government.

We reject any exclusive,non-pariticipatory bilateral deals or negotiations of both TPLF and GoE while A deadly war is still taking place in Afar and the northern part of Afar region is under the occupation of TPLF.

APP demands a total withdrawal of TPLF forces from the Afar region and stops any conflict in order to initiate a genuine dialogue and lasting peace. APP calls up on the Federal Government of Ethiopia to ensure the inclusiveness of the dialogue by inviting all stakeholders including the opposition political parties.

Afar People’s Party is a legally registered political party that has been chairing the Ethiopian Political Parities Joint Council and participated in national election 2021.

Afar People’s Party calls up on:

1. The International Community to address the humanitarian crisis taking place in Northern part of Afar Region with urgent humanitarian assistance;

3. The Federal Government of Ethiopia to ensure the protection and safety of its citizens, by showing a clear and open terms and conditions of ceasefire, humanitarian access to all those in need and withdrawal of occupying forces;

4. The Federal Government of Ethiopia to revisit the National Dialogue and Reconciliation Commission; it's independence , it's all inclusivity and transparency of it's process, due to the fact that we believe the process is as equally important as the anticipated outcome;

5. The Afar Regional Government to clearly follow up and update both media and the general public on current crisis in the region;

6. Human Rights bodies to investigate the war crimes committed by TPLF during its occupation in Afar regional State;

7. The International Community to support the devastated social and economic infrastructures as well as the livelihood of pastoralists deliberately destroyed by the invading Tigray forces.