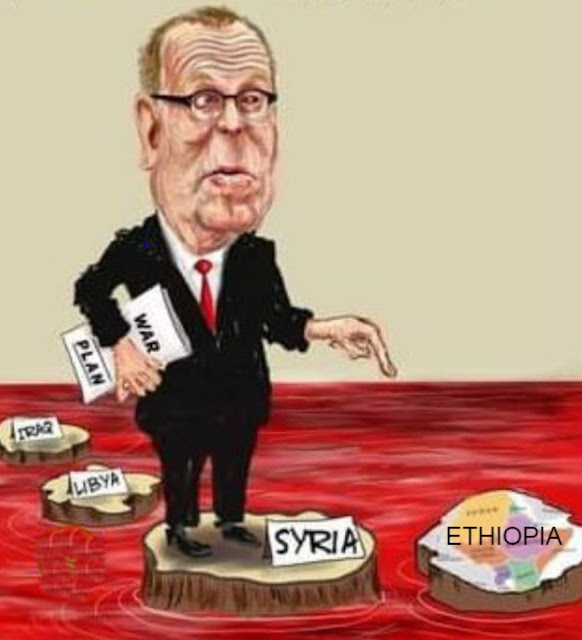 ADDIS ABABA, JANUARY 06, 2022 – The United States Special Envoy for the Horn of Africa Jeffrey Feltman will be visiting Ethiopia today amid reports of his departure from his post as a Special Envoy to the Horn.

Fetlman has become very unpopular among Ethiopians due to his attempt to reinstate the Tigray People’s Liberation Front (TPLF) back to power. Today's visit marks the Special Envoys last attempt to rescue the infamous TPLF which was designated terrorist group by the Ethiopian Parliament in May 2021 along with its partner Oromo Liberation Army (OLA).

Unlike Fetlman, Ethiopians including the government does not see the TPLF as a force for good especially after its fighters recently massacred thousands of civilians, raped women and destroyed thousands of civilian infrastructures in Amhara and Afar without taking into consideration the atrocities it committed during its brutal 27 year rule on Ethiopians.

Feltman’s approach as a Special Envoy was manipulative and full of threats. In his November speech, he threatened Ethiopia that it will go down in a 20 year civil war unless it comes into terms with the TPLF.

Nevertheless, Ethiopia said it will happily welcome Feltman as he makes his last visit to the country on the eve of the Ethiopian Christmas.

Dr. Legesse Tulu, Government Communication Services Minister, said his country will welcome and discuss with Feltman as long as what he presents is beneficial to Ethiopia and does not interfere with Ethiopia’s sovereignty and territorial integrity.

Reports indicate that as a replacement to Feltman, David Satterfield will take the post of Special Envoy to the Horn of Africa. David Satterfield was a US Ambassador to Turkey who was declared persona non grata in October 2021 for meddling in the internal affairs of the country.