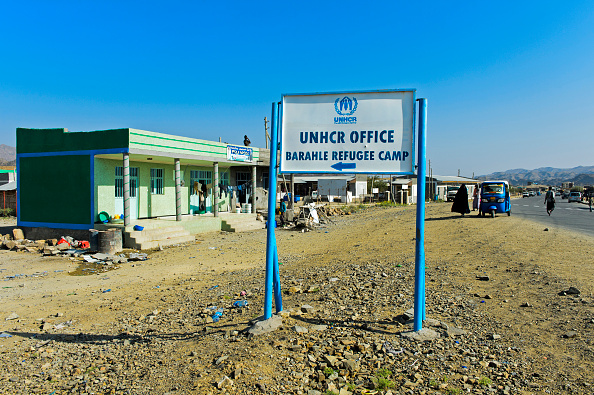 ADDIS ABABA, JANUARY 28, 2022 — In an open letter to Filippo Grandi of the United Nations High Commissioner for Refugees yesterday, the Red Sea Afar Human Rights Organization (RSAHRO) expressed its deep concern about the deteriorating security, humanitarian, and human rights situations, as well as the safety and well-being of Eritrean Refugees, mostly from ethnic Afar living in Barahle district, Kiblatti Rasu of the Afar Regional State, as a result of the ongoing war in the region as a whole, and in Barahle particularly.

The rights group quoted the Ethiopian Ambassador to the United Nations, Mr. Taye Atske Selassie who said TPLF forces are brutally attacking Barahle town, which it said is home to more than 15,000 refugees.

"Our local sources has confirmed that TPLF forces are firing heavy artillery into the town indiscriminately in which the refugee camp has been hit and refugees are dispersed", said the Red Sea Afar Human Rights Organization.

"We are now alarmed of the ongoing war and left without receiving any information in the last three days from the camp. We also need to bring to your attention on the content of Tigray Press Release that contains a clear intent to carry out genocidal campaign on the refugees under pretext of the unknown Red Sea Afar forces", read the letter from RSAHRO.

"It is historically known that the Afar in Eritrea call themselves Red Sea Afar people, and RSAHRO is deeply concerned that the TPLF will use this type of wordplay to cover up their military adventure in that specific area and commit massacres against unarmed refugees."

Currently, said the rights group, the TPLF has blocked all roads leading to Barahle town, making it difficult to receive information, and it said it has serious concerns about the safety and well-being of the refugees inside the Barahle camp.

Accordingly, the RSARHO pleaded to the UNOCHA and the UNHCR to update the international community about the well-being of the refugees and steps that the agency had taken to secure Refugees in Barahle.

It also called on the UNHCR to provide emergency life-saving evacuation and security for the refugees, who, it said, are in grave danger of becoming victims of the ongoing deadly conflict in Barahle district.

RSAHRO also demanded that the UNHCR provide these refugees resettlement in a third safe country where their human rights, fundamental freedoms, liberty, and dignity can be guaranteed and protected under the 1951 UN Refugee Convention and its 1967 Protocol on the Status of Refugees.

RSARHO pleaded to the UNHCR and other UN agencies to investigate the recent Tigray press release which, it said, clearly had a genocidal element on declaring war on refugees living in both Barahle and Aysiata camps in the Afar Regional State - Ethiopia.