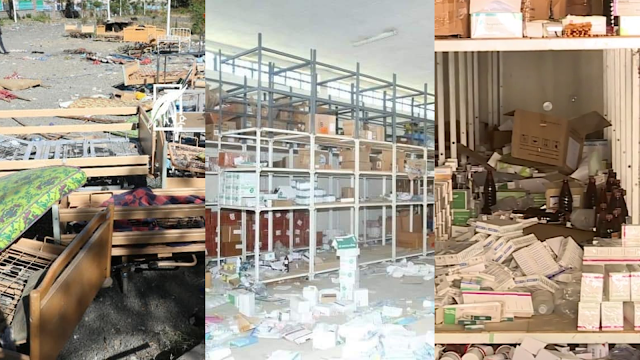 ADDIS ABABA, DECEMBER 13, 2021 - Tigray People's Liberation Front (TPLF) has destroyed more than three thousand health facilities during its occupation of parts of Afar and Amhara regions in the past five months. In Afar, it destroyed 60 health centers while 40 hospitals, 453 health stations, 1,850 health posts, 4 blood banks and 1 oxygen factory were destroyed in Amhara region.

Dessie Specialized Hospital was established 80 years ago to serve 10 million citizens from Amhara, Tigray and Afar regions. It was the only specialized hospital in east Amhara. Unfortunately, it was looted and destroyed by the TPLF terrorists. 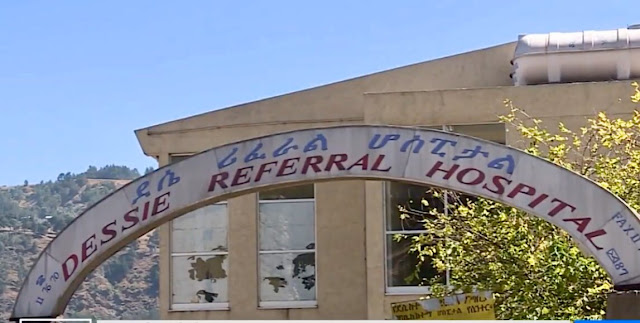 "They have stolen expensive equipment worth millions such as the ventilators used in ICU. We had seven of them. They have stolen all of them. The warehouses were looted. They have taken our anesthesia machines and we cannot conduct surgery anymore.", said Dr. Haymanot Ayele, Director of the Dessie Specialized Hospital.

"We receive 450,000 patients in a year. This was last year's report. We received about 100,000 people for inpatient care. There were 50,000 patients who got emergency care. All of the people's treatment go through laboratory checks but now we do not have the equipment carry that out", added Dr. Haymanot Ayele.

"The enemy invaded eight zones on which it damaged 82 government health offices in addition 40 hospitals, 453 health stations and 1,850 health posts in eight zones, four blood banks and one oxygen factory were made nonoperational. The enemy after stealing what it wants, it destroyed anything that it left behind such as medicines and electronic machines. It was also using the health centers as a trench from which they would attack others", said Abdulkarim Mengistu, Deputy Head of Amhara Health Office.

The Ethiopian Pharmaceuticals Supply Agency also said its Dessie branch which served 27 hospitals and 303 health stations was looted. It said the terrorists looted maternal and child immunization inputs, cold rooms and anything they found in the main warehouse.

Dr. Liya Tadesse, Minister of Health, said last week that more than 2,219 health facilities have been destroyed and said the numbers could grow as new areas get liberated from the terrorist group. She said the Ministry of Health, in collaboration with the regions and other stakeholders, is making an effort to rebuild the damaged health facilities. She also called on all those that are concerned to involve in the reconstruction.

Despite such destruction on health facilities, the World Health Organization (WHO) has remained silent even though it had been outspoken when it comes to health facilities in Tigray. Many are, therefore, led to believe that the Director General of the WHO, Tedros Adhanom, who was one of the founders of the TPLF, is dearly attached to the his TPLF colleagues and is shying away from denouncing their atrocities in Amhara and Afar regions.
"The wanton destruction of Dessie Hospital in Amhara region glaringly testifies that TPLF cruelty has no limits. Razing to the ground a Hospital? This is the most unforgivable crime.We shall remember not only the wicked acts of TPLF but also the deafening silence of the WHO", said Taye AtsekSelassie, Ambassador and Permanent Representative of Ethiopia to the United Nations.