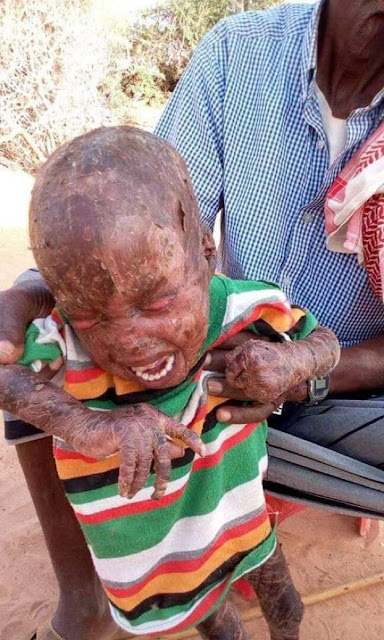 In the statement, the Afar regional government confirmed that the TPLF forces have captured Aba'ala, Magale, Erebti, Konnaba and Barhale Woredas and that it is marching on wards to cut off Ethiopia's vital economic express way in the same manner as it attempted a successive offensive on Mille town on November last year.

Although, the Afar forces are attempting to resist the advance of the terrorists, the Afar regional government said the Junta is heavily equipped compared to the local forces and it was able to take over Konnaba and Barhale leading to looting and mass killing of civilians.

From the TPLF invaded zone of Afar region, more than 300,000 innocent civilians have been displaced from their homes due to the heavy shelling, said the regional government. Many disturbing photos of burnt children are surfacing on social media.

"We are receiving reports that the people especially in Aba'ala, Magale and Erebti are in a deep hunger state and with no access to water.", said Mohammed Hassan, Afar Regional State Disaster Prevention and Preparedness chief during his interview VOA Amharic.

The fight is still ongoing, said Afar regional government, the TPLF terrorist forces are fighting with heavy mechanized weapons and the statement made no mention of Ethiopian National Defense Forces (ENDF) supporting the Afar forces.

The federal government has not made a stern statement other than downplaying the situation as only a provocation and, unfortunately, the international community including rights group, despite United Nation's report that it found, among the Afar displaced, unaccompanied children arriving at camps, has made no effort to denounce the Tigray based terrorist group.

The TPLF forces, who were humiliatingly defeated and retreated to Tigray last year on the start of December, began launching attack on Afar region beginning December 19, 2021, blocking humanitarian convoys heading to Tigray.