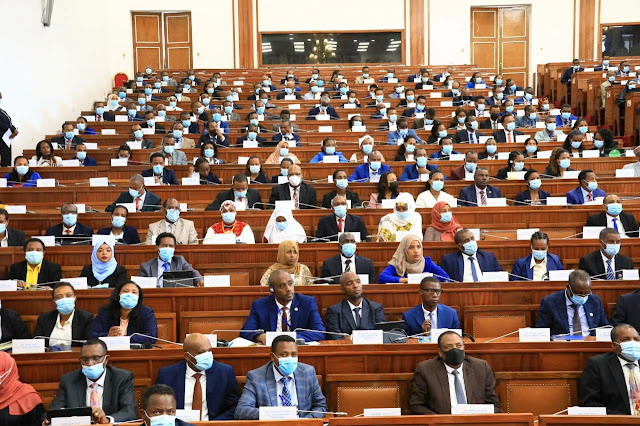 After the Council of Ministers approved the lifting of the state of emergency on January 26, 2022, the decision was presented to the parliament today through Tesfaye Beljigey, Minister representing the government, who proposed and defended the idea to lift the Proclamation 05/2014.

Those who voted for the lifting of the state of emergency argued that maintaining the proclamation could hamper the nations image, exacerbate human rights abuses, prevent economic growth, halt tourism flow into the country and it could be a cause for diplomatic pressure on the country.

While those who voted against the lifting argued that despite the fact that the country is not in a threatening situation as it was on November 2021, the Tigray People's Liberation Front (TPLF) terrorist group is still killing civilians and forcing thousands to be displaced in Afar, the Oromo Liberation Army (OLA-Shene) terrorist group is persisting on its attack against civilians in Oromia and the same holds true for civilians in Benishangul Gumuz region.

Tesfaye Beljigey responded to questions presented from the house and ensured that the government will give focus and work to resolve threats in Afar, Amhara and Oromia regions without having to maintain the state of emergency.

Accordingly, the majority voted for the lifting of the state of emergency while 63 voted against it and 21 abstained.