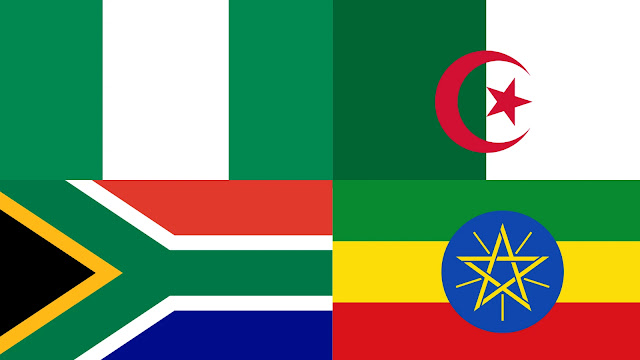 ADDIS ABABA, FEBRUARY 25, 2022 — On February 17, 2022, leaders of Ethiopia, Nigeria, Algeria and South Africa met on the sidelines of the 6th EU-AU Summit at Brussels to form the Group of Four (G4) Nations whose goal will be to deal with issues confronting Africa.

The G4, an initiative of the Ethiopian Prime Minister, Abiy Ahmed, was set up with the aim of supporting the African Union (AU) so that it can undertake its work effectively, efficiently and swiftly. Hence, the leaders confirmed that the group will be fully integrated within the AU.

According to Nigeria's BusinessDay, Presidents of the four nations stressed the need to reinvigorate the G4 within the AU as a platform for bringing African countries closer, coordinating actions and reactions for the whole continent in a more proactive manner.

Leaders of the four nations used the 6th EU-AU Summit to discuss crisis areas on the continent with a view to coming up with practical and effective solutions.

“Our core aim is to become the AU’s platform for bringing African countries closer, as well as a front for coordinating actions and reactions for the whole continent in a more proactive manner,” stated the leaders of the proposed G4 Nations, during a joint press conference at the EU-AU summit.

They also discussed how they could better take decisions in the AU and how to implement them. They also agreed to convene a formal summit to chart a road map for Africa in the coming months.

The presidents of the four nations added that they will be scheduling a meeting soon to work out the full details of the formation of the group.

Forming a group of this nature has become necessary to address the myriads of issues affecting the continent, such as corruption, bad governance, civil wars, coups, natural disasters, diseases and others.