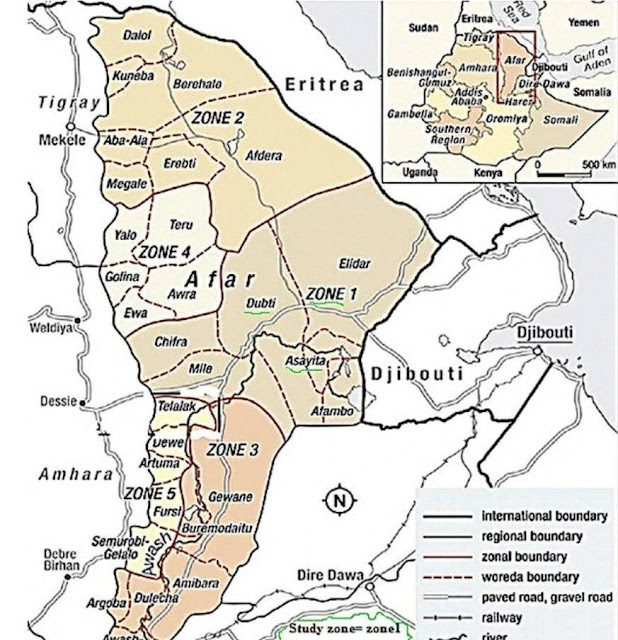 ADDIS ABABA, JANUARY 26, 2022 — The Afar Regional State released its second statement this week stating that forces from Tigray People's Liberation Front (TPLF) have penetrated 150 km into Afar region capturing Ab'ala, Magale and Erebti Woredas while the Tigray Peoples Liberation Front (TPLF), on the other hand, said in a statement that it was defending itself against an invasion from what it called a "Red Sea Force" of Afar and Eritrea.

TPLF publicly admitted that it has captured parts of Afar region which it claimed will allow it to "neutralize" these "Red Sea Forces".

Even though the TPLF forces have been pushed away from Brhale by Afar forces, reports indicate that TPLF has yet again opened new offensive at Konnaba, North of Ab'ala, shelling civilian population with heavy weapons from the mountains of Saridlu.

"This is the third attempt by the TPLF to ethnically cleanse the Afar people. Although, it is attempting to dissuade the international community with fabricated propaganda that it is the victim, the truth on the ground is that the Afar have never stepped one kilometer into Tigray. In fact, the Afar people do not have any grudge towards Tigray people", said the statement from Afar Regional State.

"The Afar religious leaders, Elders and Sultans have repeatedly called on the people of Tigray to stop this group from committing ethnic cleansing on the Afar people."

As a result of TPLF's aggression on Afar region, over 220,000 civilians have been displaced.