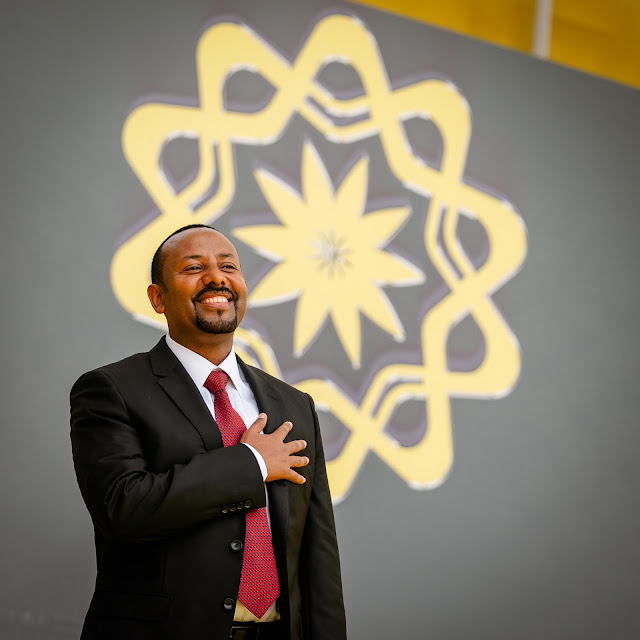 ADDIS ABABA, NOVEMBER 22, 2021 — Prime Minister Abiy Ahmed released a statement this evening in which he declared his decision to head to the frontline of the war against the Tigray People's Liberation Front (TPLF) terrorist group.

PM Abiy Ahmed said he will be traveling tomorrow, November 23, to lead Ethiopian National Defense Forces (ENDF) as they battle the TPLF, a group confirmed to have committed crimes against humanity by the United Nations human rights group.

"If you want your names to go down in history, let us meet at the frontline", said PM Abiy Ahmed on the statement he released on social media.

"Ethiopia's independence has been preserved with the courage and sacrifice of her children. This is known to both friend and foe alike. Those who dared encroach on her sovereignty have tasted her wrath. Those who wanted to enslave her have retreated with nothing but shame. She knows how to teach those who have betrayed her. And she knows how to punish those who back-stabbed her." said PM Abiy Ahmed.

He mentioned that one cannot maintain independence or freedom without sacrifice. "The name Ethiopia indicates freedom. It was gained with blood and with the sacrifice of the valiant", added the prime minister.

"Ethiopia is an exciting country. Her future is greater than her past. Passing through difficulties is her age old skill. We will surely overcome this predicament. Ethiopia will surely prevail. This is the last hour where we will fight the last battle to save Ethiopia." wrote PM Abiy.

"Our old enemies do not want an Ethiopia that wants to prosper through her own path. They have waged all sorts of wars not to see this happen. If Ethiopia stands up through the African path, if Ethiopia not only stands but if she succeeds, she will kneel to no one. They have brought all sorts of weapons against us to ruin this African path. Our internal and external enemies have conspired to build their strength out of Ethiopia's weakness." he said.

The Prime Minister of Ethiopia reminded citizens that this struggle is every Ethiopian's struggle. He said the struggle is needed so that Ethiopia's children will have a home, dignity and pride as they move around the world.

With regards to the gaps that may occur as Ethiopia's leader heads to the war front, he said those who have stayed back will work harder more than ever to fill the gaps.

"This is not the time to be a critic from afar. We must do what we ought to do. Ethiopia has no one other than us. The name Ethiopia is the name of winners. It is an emblem of freedom. I have no doubt that my generation will pay the necessary sacrifices to maintain the freedom and the name of a winner so that Ethiopia and Ethiopianess will be written in golden pen among history's records", concluded PM Abiy Ahmed.