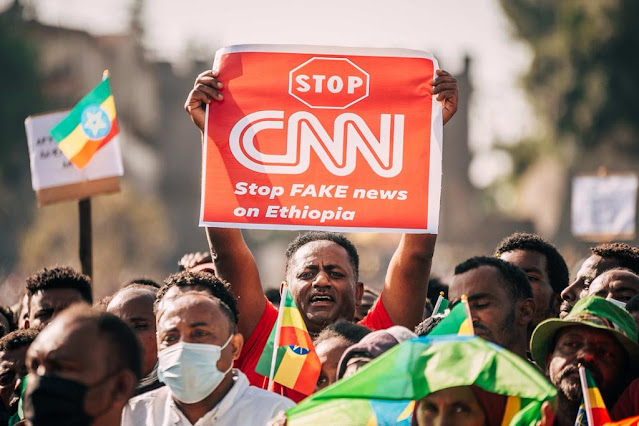 ADDIS ABABA, NOVEMBER 19, 2021 – Ethiopian Media Authority (EMA), Ethiopia’s media regulating body, issued a warning letter to CNN, BBC, Reuters and Associated Press (AP) today to desist from disseminating news that is consistently sowing seeds of “animosity” among Ethiopians and compromising the sovereignty of the country. If not, warned the media authority, the media giants will be stripped off their licenses to operate in Ethiopia.

“EMA, in issuing licenses for journalistic operations, expects reports not to endanger Ethiopia’s national interest, territorial integrity or the peaceful coexistence of the people of Ethiopia.", said the warning letter from EMA.
Despite repeated communication with the international mainstream media (MSM), EMA said there has not been any significant change registered so far.
Therefore, “the responsibility to protect the wellbeing of Ethiopians from dissemination of unsubstantiated information lies with the EMA”, read the letters.
Ethiopia’s media authority accused CNN, BBC, Reuters and AP for manufacturing and disseminating of false news and news analysis on Ethiopia to assist the Tigray People’s Liberation Front’s (TPLF) objective, for reporting Ethiopia’s law enforcement operation in the north as a “genocidal campaign”, for undermining through the news Ethiopia’s government efforts to address humanitarian crisis in Tigray, for reporting that the government is using famine and rape as a weapon of war in the Tigray region, for producing defamatory reports on the country’s leading institutions and for generating news seeking to discredit Ethiopia’s leader in the international arena and put the country under intense diplomatic pressure.
In any case, if the international media groups do not comply with Ethiopia’s request and neglect ethical and professional journalistic operations, the authority said, it will revoke the licenses granted to CNN, BBC, Reuters and AP to operate in Ethiopia. 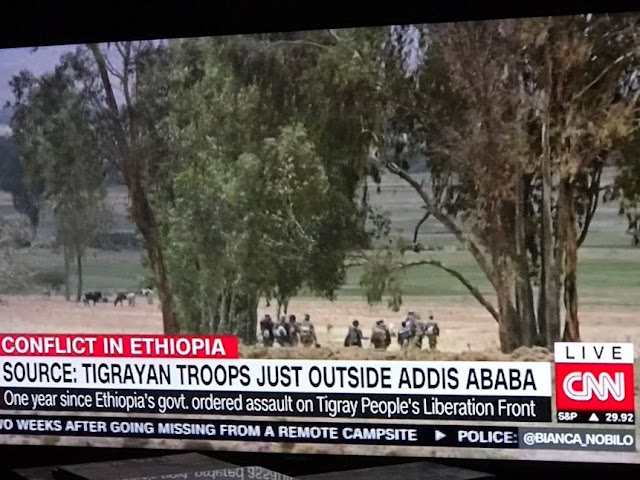 It is to be recalled that on November 07, 2021, Ethiopians rallied on the streets of Addis Ababa denouncing US treatment of their country and condemning what seemed like an organized disinformation campaigns waged against Ethiopia by the international mainstream media such as CNN, BBC and others since the conflict began in north Ethiopia.
CNN especially widely reported weeks ago that TPLF terrorists were at the outskirts of Addis Ababa while, on November 12, the BBC released an interview with US General William Zana with a sensationalized title "US troops are ready to respond" to the crisis in Ethiopia. But after a huge uproar from Ethiopians who read this as a threat from the US to invade Ethiopia, the BBC retracted the title and replaced it with "US fears regional impact".