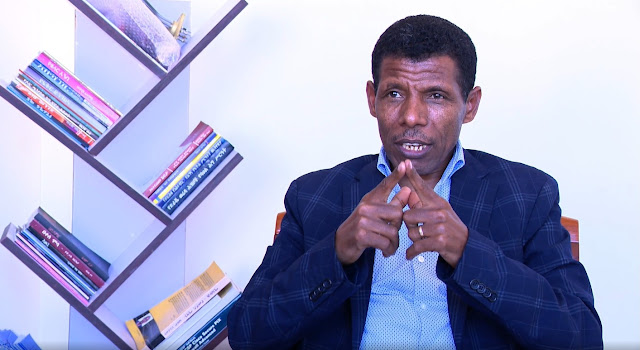 ADDIS ABABA, NOVEMBER 23, 2021 — The long-distance legend Haile Gebreselassie said he is willing to do anything for the campaign against the existential threat including going to the battle front.

During his interview with Ethiopian News Agency (ENA), the legendary athlete turned successful businessman said the threat Ethiopia is facing is part of the plan to subdue Africa and impose neocolonialism.

Gebreselassie also said that the action of the Prime Minister is something expected from a leader who loves his country and he called on Ethiopians who love their country to follow suit.

The world-famous athlete also called on all Africans to join in on the struggle and stand besides Ethiopia.

"We never lost holding the name Ethiopia. Ethiopia is always a winner", said Gebreselassie.
He referred to his experience visiting the great city of Aleppo which he said is now in ruins due to Western intervention. Which is why, said the long-distance legend, that every Ethiopian must not allow this to happen.
"I want to do more than just give support from distance. I am ready to go to the battle front and serve my country by any means necessary", said Haile Gebreselassie.
He advised the current generation not to give away its freedom that the ancestors earned at Adwa. "Ethiopians around the world have woken up. There is nothing that can stop them. This is a lesson to the world on what it means to be Ethiopian", he said.
The athlete also called on Ethiopians engaged in sectors other than the battle front to work harder and restore what was lost by the damage done by the Tigray People's Liberation Front (TPLF).
Many renowned Ethiopians are heading to the battle front after Prime Minister Abiy Ahmed declared yesterday that he will be leading the Ethiopian National Defense Forces (ENDF) on the battle against the TPLF terrorist group.