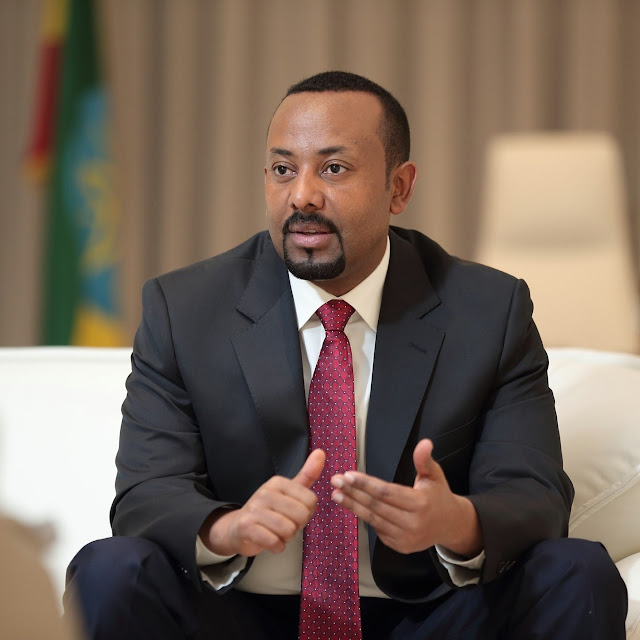 Addis Ababa, October 31, 2021 — Prime Minister Abiy Ahmed responded to the current state of the conflict in Northern Ethiopia.
Below is the English verbatim translation of the statement PM Abiy Ahmed shared on social media.
---
"We will fight the bitter war and we will enjoy the sweet victory –
Just as a wicked son would unleash a mountain of agony on his mother, the TPLF terrorist group continues to be Ethiopia’s source of suffering. It has continued to dismantle the country by waging war on four fronts with the forces it brainwashed with hatred. Ethiopian National Defense Forces (ENDF) and those who care about their motherland are lined up on all fronts. The enemy is using up its last effort and our forces are breaking it by air and by ground.
Because the TPLF terrorist believed the three fronts are no longer viable, it brought all its forces to the Wollo front. The group, which feels no compassion even for its own people, has lined up from a 12 year old child up to a 65 year old elderly in this front. It had two aims in doing this. First, it wants its forces not to give up and it desperately wants to be victorious in the Wollo front. Second, because it lost many of its heavy weapons due to the recent air strike by Ethiopian Air Force, it wanted to collect weapons from the ENDF members it wishes to capture. The enemy lost many of its fighters while desperately trying to be victorious in Wollo front. Our valiant forces are paying huge sacrifice.
It is also possible that the enemy will regroup and will strike again. The enemy’s strength is our weakness and our distraction. Therefore, we must unite and we must be vigilant while we wait for it. Our number will be useful only if we unite and understand one another. Our division will help the enemy. If we are disturbed by propaganda, it will only help none other than the enemy. If we listen to one another and cooperate, the enemy will crumble and kneel. Its dream, which is as thin as a spindle, will be no more. A mob which came to destroy a country may be a cause for worry to those who want to save their country but neither will it terrorize them nor will it defeat them.
In addition to performing our work with collaboration, we must also be vigilant to the TPLF agent who operates amongst ourselves. There are those who have been working with the enemy for some time now and they are still working hard to fulfill the wishes of the enemy. Therefore, everyone should collaborate with security personnel and expose these enemy agents.
If each of us fulfills our duties without fear, our trials will soon be eradicated. However, if we forget to perform our duties and only ask, our victory will not be swift. It is the responsibility of everyone to defend their country. It is not the responsibility of the few. Each citizen must ask “what can I give?”, “what am I contributing?”. For the sake of his safety, his comfort or so that he can be profitable, there is no reason others should be sacrificed. A country will only have a soul and will only stand on her two feet when everyone contributes their part. Each of us must be willing to die for Ethiopia. This is not a duty given to a certain body.
Therefore, our people should leave aside this issue and stand to fight the terrorist TPLF with any weapon at your disposal in a legal and organized manner. This great nation did not become victorious over its great trials by becoming a bystander or by being complacent. We overcame the assault inflicted upon us through unity and through persistently standing for our country.
We must believe that we can defeat any threat if we follow the courageous footsteps of our ancestors. The challenges we are currently facing may seem complicated and impossible to overcome. However, it is not worse than what our ancestors encountered. The key is to stand in unity, to listen and to move with coordination. If we do this, just as the earlier generation protected and gave us our country, we will also keep the dignity of our nation and hand it over to the next generation.
I call upon everyone to stand vigilant without hesitation and protect Ethiopia in unison even though the confusion is getting strong.
Long live Ethiopia!
God bless Ethiopia and her people"